We are uploading an interesting article about Justin Ray published in SOUTHEAST TEXAS RECORD Oct 1, 2019. 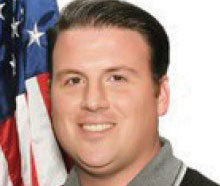 Ray, a former city councilman and mayor of Jersey Village, is seeking the Republican nomination for Texas House of Representatives District 135. The seat is currently held by freshman Democrat Jon Rosenthal, who scored an upset victory over 12-term Republican incumbent Gary Elkins in 2018.

Ray was managing member and co-owner of Spearhead Energy, a company involved in the sale of parts used in the oil and gas industry.

In 2013, Ray and Spearhead were sued by Lone Star NGL Pipeline LP for various causes of action, including breach of contract, breaches of implied warranties, and fraud by nondisclosure, court records show.

Ray told The Record that the litigation was meritless, calling it a traumatic experience for his family that placed them in difficult financial straits and ultimately led to closing the business.

“The fact is our small family business was the middleman caught in a disagreement between a manufacturer and the plaintiff customer,” Ray said. “The lawsuit was meritless and ultimately dismissed by the parties. All the while we persevered through the adversity by strengthening our family bonds and serving our community.”

The plaintiff in the suit, Lone Star NGL Pipeline, is part of natural gas powerhouse Energy Transfer Partners. Kelcy Warren, the chairman and CEO of Energy Transfer Partners, is a major donor to Republican candidates and organizations and was appointed by Gov. Greg Abbott to the University of Texas Board of Regents earlier this year.

Energy Transfer Partners recently contributed $1 million to Engage Texas, a Super PAC working to register and turn out Republican voters for the 2020 election in Texas.

Lone Star’s lawsuit against Spearhead and Ray arose out of a transaction in which Lone Star entered into a series of purchase orders with Spearhead for a total of 113 expanding gate valves to be used in the construction of a natural gas pipeline.

Lone Star’s lawsuit also alleged that Ray did not disclosure to Lone Star that valves had been repaired and modified until Lone Star contacted Ray as part of an investigation they conducted regarding the valves after a painting crew for Lone Star detected a crack in one of the valves.

In addition to valves that were repaired in Houston, Lone Star also alleged that Spearhead had other valves repaired in China without Lone Star’s prior knowledge – information Lone Star alleges it was not provided by Spearhead until questions arose about a serial number on a cracked valve.

Furthermore, Lone Star alleged that Spearhead and Ray had “two times failed to properly disclose material information to Lone Star, first at initial delivery and, second, when Spearhead and Mr. Ray finally admitted that certain valves and undergone pre-delivery repair, but only disclosed the Houston Repair Valves and not the China Repair Valves.”

Spearhead and Ray’s answer also claimed that Ray was an improper party to the lawsuit because under article 101.113 of the Texas Business Organizations Code Ray could not be named as an individual party in the case since he was a member of the limited liability company.

After the answer was filed, Lone Star abandoned their causes of action against Ray individually.

The lawsuit brought by Lone Star was not the only litigation Spearhead faced. In 2015, New Era Maxtek, Inc. sued Spearhead claiming the company owed $91,750.75 for items that were allegedly purchased but never paid for.

Spearhead’s involvement in both of these lawsuits came to an end later in 2015, when Spearhead filed for Chapter 7 bankruptcy.

In the final accounting of the bankruptcy issued by the trustee in 2018, Spearhead only had $20,147.81 with which to pay the $692,185.22 in potential claims. Only $5,663.96 was eventually paid to Spearhead’s creditors after the expenses of the bankruptcy were paid.

Despite Spearhead’s financial conditions and debts, the statement of financial affairs filed by Spearhead in the bankruptcy case indicated that Spearhead managed to pay both Justin Ray and his father and business partner, Walter Ray, in the months leading up to the bankruptcy filing.

When asked about the payments to himself and the debt to vendors, Ray said: “My wife Allison and I work hard to provide for our three young children. I worked tirelessly to salvage our business, which was forced into bankruptcy.  Since then I have personally paid debts and negotiated with creditors.”

The statement of financial affairs also indicated that the Rays personally owed back taxes, stating “the principals of [Spearhead] now have a payment plan in force with the Internal Revenue Service that requires them to pay out past due taxes.”

The bankruptcy court records do not reflect the amount of the back taxes owed by the Rays, the terms of the payment plan, or whether the payment plan has been fulfilled.

Ray says after the business closed, he and his wife sacrificed to personally pay off the business tax burden.

“Too many Americans and small businesses struggle with tax burdens and our family is no exception,” Ray said. “Neither the company nor I personally owe the IRS any taxes. This has been an eye opening experience to see how our courts when abused can cripple small businesses and families.”

The issues surrounding Ray and his failed business have caused concern to community leaders in District 135 who wish to see the district return to Republican hands.

Jersey Village geologist Cheryl Desforges, who serves as treasurer of the Jersey Village Concerned Citizens Committee, told The Record Ray’s “baggage” might cost Republicans the election if he wins the nomination.

“As conservative Republican, I am very concerned that the Democrats would have a field day with all of Justin’s baggage,” Desforges said. “If Justin is the Republican nominee, they will spend an incredible amount of money making the case that if people who did business with Justin Ray could not trust him, neither should the voters of District 135.

“Justin will have no way to respond.”

Ray is not the only Republican seeking to represent District 135 in the Texas House.

Mark McCaig, a former plaintiff’s attorney who now does regulatory compliance work, has also announced his candidacy for the seat in the Republican primary.

McCaig was active in the 2019 Texas legislative session for his work and testimony in support of HB 2826, which increased transparency in the way local governments hire outside lawyers on a contingent-fee basis.

HB 2826 was described by Texans for Lawsuit Reform as their “top priority bill in 2019.”

Dear Voters of District 135, did you know?

There are no upcoming events at this time.

admin - August 3, 2019
0
Dear Residents of Jersey Village, Several months ago I presented to JV City Council on 2 different occasions the problems with having dog parks. I...